How Short-sighted Mathematical Models for Covid-19 Decimated the World 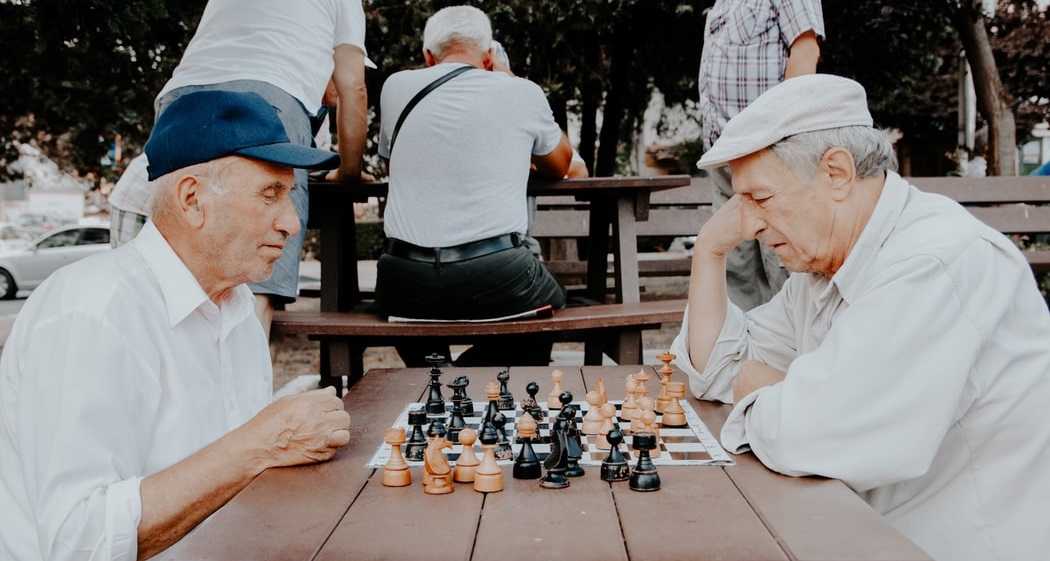 This study shows policymakers have pursued public policies that have decimated the global economy and the world’s health while allowing themselves to be misled by scientists who build flawed models showing the entire population, and not just those most at risk, must be protected from the coronavirus (Covid-19) with social distancing.

Many Americans continue to ask why we can’t just help those vulnerable to the coronavirus, especially the elderly, with social distancing. It’s common sense. Trouble is, the so-called experts keep saying it won’t work. (The Centers for Disease Prevention (CDC) responded to my requests with an answer that didn’t address the question and they haven’t responded further.)

On the October 12 Cuomo Prime Time, Chris Cuomo asked: “is there a middle ground that hasn't been explored yet where you can allow the young or the not-at-risk to go back to work, and school, and do more to protect those who are vulnerable?” Dr. Ashish Jha, Dean of Brown University School of Public Health, answered: “The problem with that theory is if you let the infection kind of rip in the young, it turns out you need workers in nursing homes. … elderly people need to go to the grocery store. … You can't segregate an aspect of society. People have thought about this. They've tried it. It just doesn't work.” (Dr. Jha and Chris Cuomo didn’t respond to my requests for supporting evidence.)

The New Jersey Covid 19 Information Hub claims: “Scientists have built models to predict the outcome of different isolation strategies. Based on these models, only isolating those most at risk is not sufficient to slow the outbreak and prevent our healthcare systems from being overwhelmed.” The Hub provides a link to only one model, a March 16 Imperial College London report, but other models, like those from Canada and Minnesota, appear to have similar flaws. (The New Jersey Department of Health also hasn’t responded to my requests for other models that have influenced policymakers.)

Role of Models in Decimating the World

In the June 18 paper “Role of modelling in COVID-19 policy development,” nine researchers explain how public policy was influenced by mathematical models and the one model in particular: “Model projections were consistent in predicting that an unmitigated epidemic would overwhelm health systems and lead to unacceptable loss of life. A prominent example was the (March 16) report by Imperial College London on the potential of COVID-19 to cause widespread infection across the UK and the US if a mitigation (reproduction number greater than one) rather than suppression (reproduction number less than one) strategy was pursued. Consistent model findings of high infection rates and mortality collectively resulted in many countries grasping the seriousness of the epidemic. Consequently, public health interventions and government-imposed restrictions on human movement were initiated to reduce transmission.”

The March 16 Imperial College London report by Ferguson, et al is entitled “Report 9: Impact of non-pharmaceutical interventions (NPIs) to reduce COVID-19 mortality and healthcare demand.” The report references a previous March 9 Imperial College London study by Anderson, et al entitled “How will country-based mitigation measures influence the course of the COVID-19 epidemic?” The March 9 report postulates: “Targeted social distancing for these (elderly and other vulnerable) groups could be the most effective way to reduce morbidity and concomitant mortality.”

But the March 16 Imperial College London report concludes by saying: “We find that optimal mitigation policies (combining home isolation of suspect cases, home quarantine of those living in the same household as suspect cases, and social distancing of the elderly and others at most risk of severe disease) might reduce peak healthcare demand by two-thirds and deaths by half. However, the resulting mitigated epidemic would still likely result in hundreds of thousands of deaths and health systems (most notably intensive care units) being overwhelmed many times over.”

The March 16 Imperial College London report recommends: “For countries able to achieve it, this leaves suppression as the preferred policy option. We show that in the UK and US context, suppression will minimally require a combination of social distancing of the entire population, home isolation of cases and household quarantine of their family members. This may need to be supplemented by school and university closures … The major challenge of suppression is that this type of intensive intervention package – or something equivalently effective at reducing transmission – will need to be maintained until a vaccine becomes available (potentially 18 months or more) – given that we predict that transmission will quickly rebound if interventions are relaxed. While experience in China and now South Korea show that suppression is possible in the short term, it remains to be seen whether it is possible long-term, and whether the social and economic costs of the interventions can be reduced.”

As the models recommend, policymakers have pursued costly policies that attempt to protect entire populations of their countries, including shutting down large sectors of the economy and dishing out multi trillion-dollar stimulus payments to businesses and healthy idled workers.

An October 14 study, co-authored by Harvard economist David Cutler and former World Bank chief economist Lawrence Summers, estimates the costs of the COVID-19 pandemic at over $16 trillion, or four times that of the Great Recession. Roughly half of the costs come from the current global recession, which was triggered by government-imposed lockdowns around the world, and the remainder is the result of economic losses stemming from shorter life spans and health deterioration.

In the May 13 article “COVID-19 Targets the Elderly. Why Don’t Our Prevention Efforts?,” David Wallace Wells says “when it comes to COVID-19, health policy and public messaging simply do not reflect that spread (between the health effects of Covid-19 on the old and young) — in the U.S. or really anywhere in the world.”

Considering policymakers have largely failed to consider many less costly public policies targeted at protecting vulnerable groups with social distancing, it becomes clear that they have indeed been misled by the short-sighted Covid-19 models. The models fail to consider reducing peak healthcare demand and deaths further under the mitigation scenario with public policies that help the elderly and others at most risk of severe disease with social distancing.

(Please note: The March 16 Imperial College London report lists Intervention Scenarios targeting only social distancing of those over 70 years of age, and even then compliance is only 75%, contacts in workplaces are reduced by only 50%, household contacts increase by 25% and other contacts are reduced by 75%.)

The Henry J. Kaiser Family Foundation estimates the number of Americans at high risk of serious illness to be the approximately 50 million adults over age 65, and another 40 million adults under 65 that are immunocompromised due to an underlying medical condition. However, the numbers actually threatened by the coronavirus should be reduced by the 37.5 million Americans adults over 65 that have the Social Security payments and savings to isolate themselves. The numbers should also be reduced by the estimated 20 million immunocompromised adults under 65 that are affluent or working at home. That leaves an estimated 12.5 million over 65 and 20 million under 65, with most of these over 50.

Many of the vulnerable have already been scared into various degrees of social distancing. On April 13, Michael C. Lu, Dean of the UC Berkeley School of Public Health reported: “while social distancing may be helping to contain the virus among more relatively affluent populations, many marginalized people, including those who lack adequate housing, and those who are unable to work from home, remain disproportionately impacted by the disease.”

The biggest problem is about 21 percent of adults over age 65 live in multi-generational households, largely because they can’t afford to live separately. Another 4 percent are living and exposed in nursing homes. Although Trump claims “We are aggressively sheltering those at highest risk — especially the elderly,” his administration has provided nursing homes with mainly just supportive guidelines and limited resources for isolation.

Moreover, the government is largely responsible for causing the extreme wealth disparity and making it difficult to save for retirement by creating monopolies that have inflated prices for necessities, restricted opportunities, slowed economic growth, and encouraged low interest rates. Since the government caused the poverty, they should protect the vulnerable.

In his paper, David Wallace Wells offers some low-cost solutions, including targeted testing and contact tracing for the vulnerable especially in nursing homes, and providing “additional support for those living alone, or trying to isolate, in part by ramping up meal- and prescription-delivery programs.”

Another example would be for the U.S. government to increase minimum payments from Social Security to a livable allowance. Also, many of the immunocompromised adults under 65 could be isolated by retraining them for remote work, extending unemployment benefits, or providing special Social Security for early retirement, with recommendations from their doctors.

Perhaps, the government may even be able to help the poor elderly to isolate, as well as provide a decent life later, by granting them vouchers for buying relatively cheap private homes at about $100,000 each for a one-time total cost of $1.25 trillion. The new construction could also benefit young workers without setting off too much of a housing boom if the Federal Reserve stops promoting absurdly low interest rates.

The point is policymakers should be publicly analyzing targeted economic policies that can help the poor elderly and immunocompromised to protect themselves with social distancing. But first policymakers need to stop listening to scientists building flawed mathematical models.